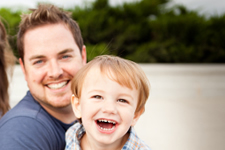 Traditionally symbolized by neckties and backyard cookouts, each year every third Sunday in June we celebrate our dads and the father figures in our lives.

To honor all of you Tennessee dads out there, we've put together some fun facts about the day!

Happy Father's Day from all of us at Alder & Cox!